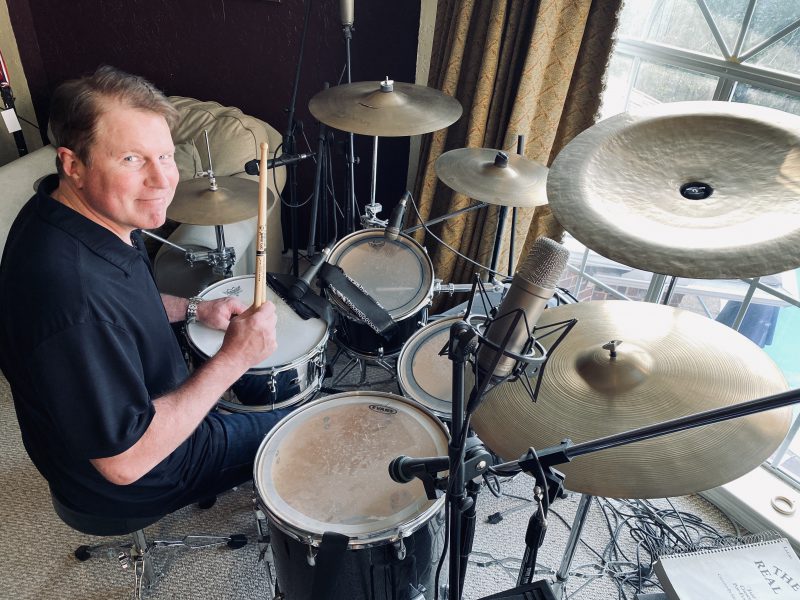 Gary Eckert is a do-it-all musician: Singer, Writer, Producer, Keyboardist, Arranger, Lyricist, Drummer/Percussionist working in Television, Radio, Albums, Jingles, and live performance.  Credits include multiple tours with 10-time Grammy Winner Bobby McFerrin for whom Gary sang and engineered studio vocals for McFerrin’s Grammy nominated album VOCABULARIES; Choirmaster/Arranger/Producer for NBC and Blake Shelton;  Producer/Arranger/Singer for ESPN.  His performances as both a vocalist and percussionist have spanned the globe, including Athens, Cairo, Bangkok, Venice, Dubai, Montreal, Los Angeles, and New York City – including Carnegie Hall and Lincoln Center.  He has written, produced, and sung on thousands of television commercials and radio station IDs for broadcast in the United States and around the world, including campaigns for McDonalds, Burger King, Budwiser, General Electric, Kroger, Amazon.com, Walmart, CiCi’s Pizza, in addition to his vocal arrangements and performances with Symphony Orchestras around the US.  He has degrees in both Music and Philosophy from the University of North Texas and has served as a college teacher in both disciplines.  He is currently pursuing a PhD in Philosophy while also in production for a new CD of all original material.  Gary was previously a nationally ranked masters sprinter in the 400meter!  He carries a great enthusiasm for making music.