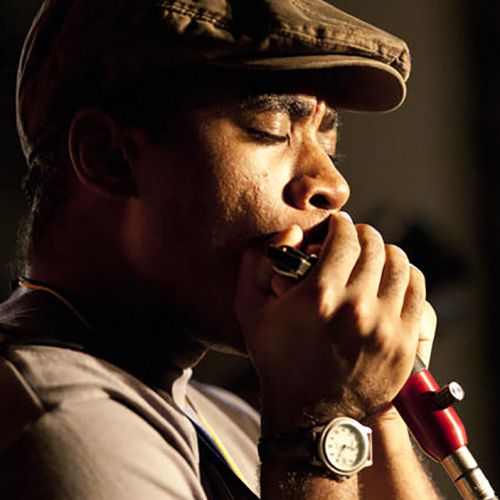 When his grandmother told him that his great-grandfather used to play train songs on the blues harp, Brandon O. Bailey discovered that playing harmonica is in his DNA.

Brandon O. Bailey is  harmonica player and looping artist from Memphis, Tennessee. In 2008 he rose through the ranks of several hundred contestants to make the finals of the Orpheum Star Search competition in Memphis, then won the finals by performing the J. Geils Band’s harmonica showpiece, “Whammer Jammer”. In the aftermath of that victory, and with the help of various major concerts, radio and television appearances, a “break out” story in Living Blues Magazine, a featured interview on NPR’s “weekend edition” with host Linda Wertheimer and the release of his debut album Memphis Grooves which rose to #1 on both the U.S. itunes and amazon blues music charts, Brandon has put the music world on notice: there’s a new kid on the block.