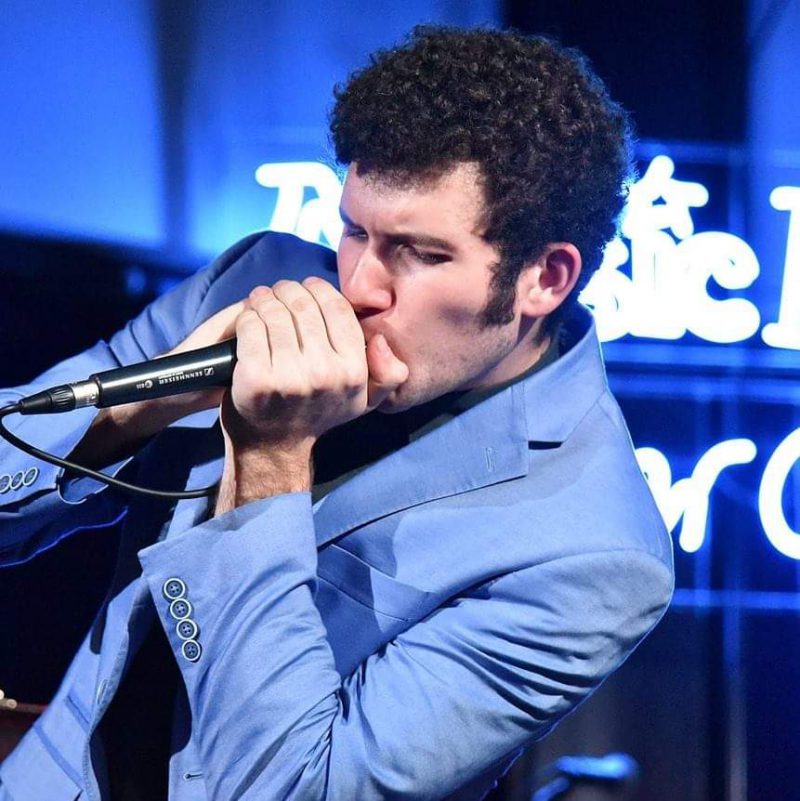 At our rehearsal last night, I mentioned to Jarred that I hoped that we could set the vibe of “two harmonica players hanging out playing and talking about the harmonica life.” The big challenge in live-streaming is being relaxed and natural and having a real conversation — as opposed to worrying about keeping the viewers. When the camera turned on and I brought Jarred on, I felt such a great natural flow between us. I’m actually thinking that there’s not enough time with the guest and maybe I’ll shorten the time that I take by myself at the beginning of the show. I’m really enjoying all that I’m learning about this process of creating a “one-man show with guest.” Technologically speaking, today’s show was the smoothest yet.

Jarred Goldweber is a seasoned harmonica professional that hails from the Cleveland, Ohio. Over the last 12 years, Jarred has had the honor of playing down the blues highway from Memphis Tennessee to New Orleans Louisiana with his band ; Jarred Goldweber and the Park Brothers.  Jarred has been honored to play with some of the greatest harmonica players in the country, such as Adam Gussow, Jason Ricci, Rick Estrin, and Lazy Lester. Recently, Jarred Goldweber has earned his bachelor’s of Electrical Engineering and currently works in the radio industry and an electrical engineer.