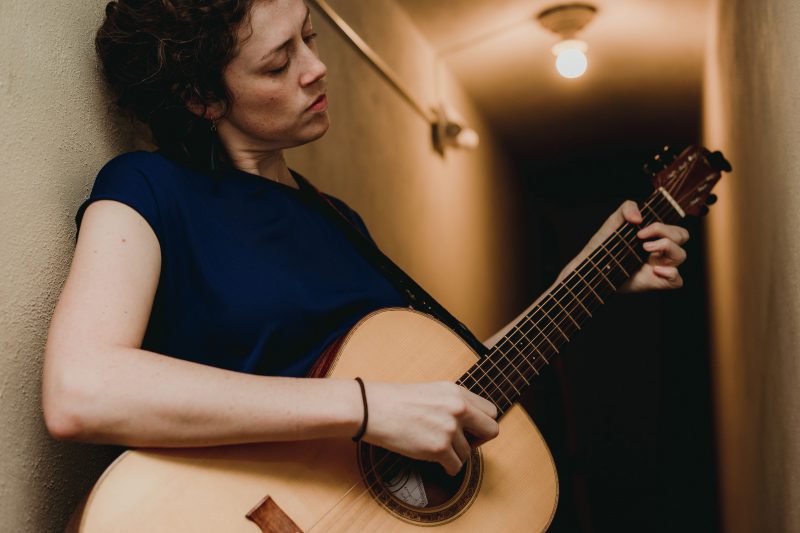 Rachael Kilgour is an award-winning songwriter and performing artist whose sincere, lyric-driven work bravely walks the line between personal and political. The 2015 grand prize winner of the NewSong Music Performance & Songwriting Competition and a winner in the 2017 Kerrville New Folk Contest, Kilgour has been featured at NYC’s Lincoln Center, the Kennedy Center in Washington D.C., and at the Sundance Film Festival.
An intimate and articulate performer, Kilgour makes a point of welcoming listeners into her world, exemplifying the age-old belief in art as a mirror through which a viewer can see themselves clearer.

“…a heartfelt slice of master crafted indie folk brimming with the battle-tested capacity to endure the worst in others.” (Billboard)