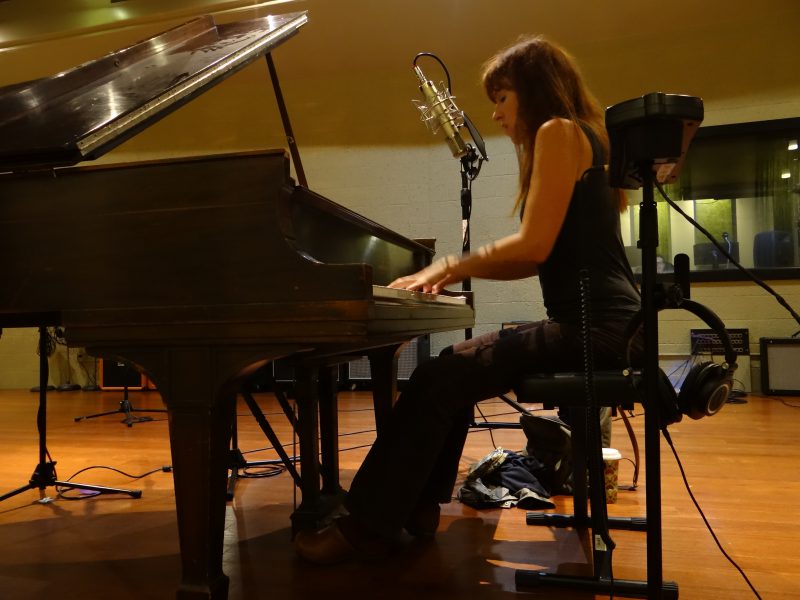 Amanda Walsh has been playing piano and violin since she was seven years old. Her training began with Anita Pontremoli, Head of Collaborative Piano at The Cleveland Institute of Music. Amanda also studied violin with Helen Richards at The Cleveland Music School Settlement. In 1998, she graduated from The University of Cincinnati College-Conservatory of Music with a Bachelor of Music in piano performance. She has been teaching piano, violin, and songwriting for 20 years.

Amanda released an album entitled “Magic is Real” in 2017 and debuted it at Nighttown and various venues in Northeast Ohio. She plays in the duo Bridgetown Junction with guitarist and songwriter Rick Szekelyi. Rick and Amanda have come out with two albums: Troubadour and Right Side of the Bridge. They are currently working on a children’s album. Bridgetown Junction plays at Nighttown, Anatolia, Aurora Inn, Wilbert’s, Rocky Point Winery, Kent Stage, and other venues in and around Cleveland. They play folk, blues, bluegrass, and rock, specializing in original music and channeling their meaningful lyrics through vocal harmonies, guitar, piano, mandolin, banjo, and violin.