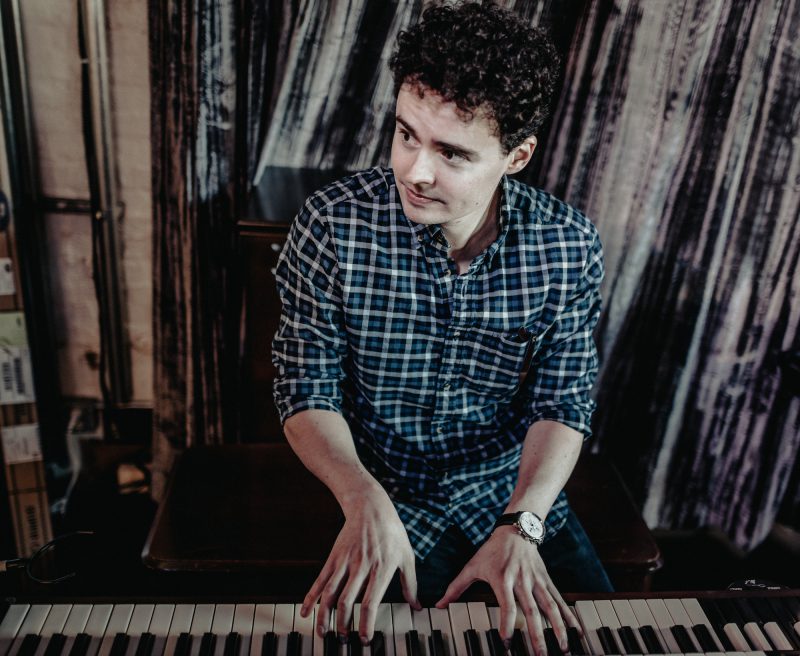 Kevin Chambers never imagined his life would change in an instant. After writing and recording his debut EP in his own NYC apartment, he began performing around the city at several different venues — The Bitter End and The Studio at Webster Hall to name a few. But at a radio gig in mid-March of 2015, he had a stroke due to an AVM/aneurysm that had burst near the speech center in his brain. He would need speech rehab, physical/occupational therapy, and brain surgery to recover. Miraculously, he returned to the stage just 4 months after a successful surgery, playing Musikfest in Bethlehem, PA. Moving down from NYC to Nashville, he knew his love for music couldn’t wait any longer.
After recovering from his stroke, he launched a Kickstarter to help him record his second EP, appropriately called “Starting Over.” Following this release, Chambers has been nominated for Best USA in the Toronto Independent Music Awards, he has performed in the Emerging Artist Showcase at Blast On The Bay in Florida, and also as a Top 10 finalist in the Wildflower Arts and Music Festival in Texas. Chambers embarked on his first ever House Concert tour — a 50-day trip traveling by car all over the east coast with multiple stops along the way. During this tour, he played several shows for friends, family, and many new listeners, conjuring up the likes of Ben Folds and Ben Rector, while harkening back to the classic piano men of Billy Joel and Elton John.
Having graduated with a Masters in Film Scoring, he has fused the cinematic aspect of his musical studies into his own songwriting, while also composing several instrumental tracks and other scores for short films as well. In the past couple years, he has been taking cover songs and reimagining them into his own cinematic world of piano and strings.