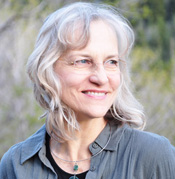 Born and raised on the South Side of Chicago. • 100% Lithuanian. Real name is Aldona.• Had her first public singing performance at the age of two on a train, where she delivered a heartfelt rendition of “Unchained Melody.”• Moved out West at 28.• Was a stay-at-home mom with her 2 children.• Discovered songwriting ability when kids were tiny. • Continued staying home to be there for the kids instead of running off cockamamy to chase her musical dreams.• Performed and shared her musical gifts wherever she was invited (e.g., vocals on several local album projects, produced own album with her own original songs, sang at local functions) • Finished raising her children.• Ready to run off cockamamy to chase her musical dreams.• Currently resides in Salt Lake City, Utah.• Sings the “Hold On To Dear Life” seatbelt commercial.