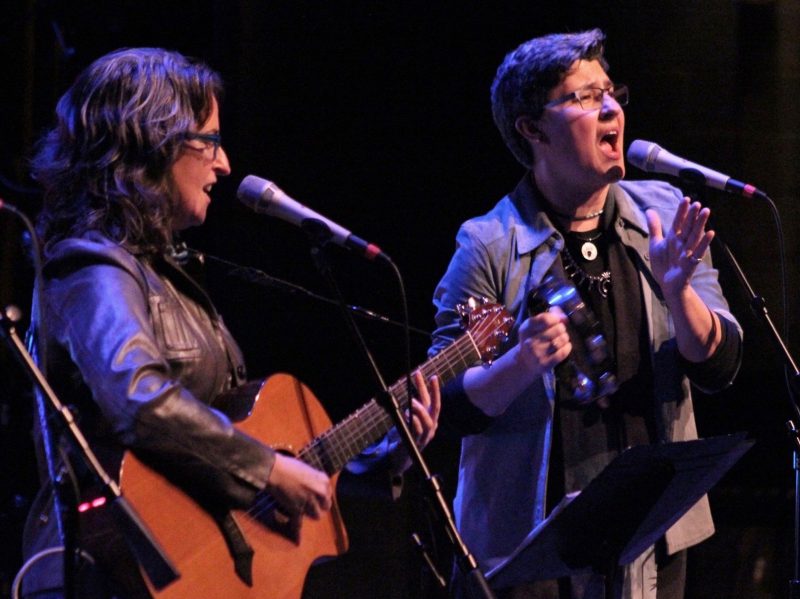 Emma’s Revolution is the dynamic, award-winning activist duo of Pat Humphries & Sandy O, whose songs have been sung for the Dalai Lama, praised by Pete Seeger, and covered by Holly Near. With beautiful harmonies and genre-defying eclecticism, Emma’s Revolution delivers the energy and strength of their convictions, in an uprising of truth and hope for these tumultuous times.

“The powers that be can control the media but it’s hard to stop a good song… Pat’s songs will be sung well into the 22nd century.” — Pete Seeger (All Things Considered, NPR)